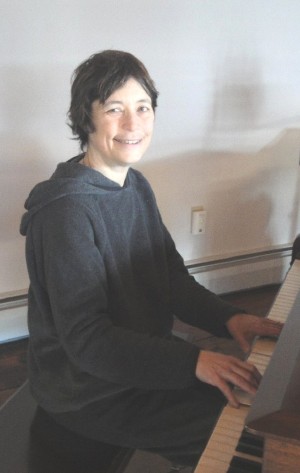 Beverly Woods has been in love with music since early childhood, and studied piano from the age of 5. Beverly has been performing professionally since 1972, with an eclectic and ever-growing collection of acoustic instruments.

Beverly has been a well-known street performer for many years in Boston and across New England. Beverly has released a number of recordings, including Balance On Air with fellow hammered dulcimer player David Neiman.

Take piano, guitar, hammered dulcimer, or other lessons with Beverly

Beverly plays hammered dulcimer on the soundtrack of Wooden Ships and Iron Men, Peace River Films
Soundtrack for radio and video Act in the Living Present, The life of Martin Delany Produced by Jim Surkamp